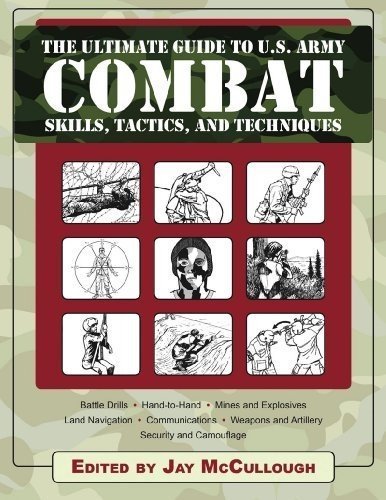 Nearly 1,000 pages of instruction on how to fight and win- from the team that created The Ultimate Guide to U.S. Army Surivival Skills, Tactics, and Techniques. Here for the first time in one place is everything you need to know about modern military combat. Drawn from dozens of the U.S. Army's well-written field manuals on every conceivable aspect of conducting combat operations, this huge compendium contains everything for any combatant anywhere-armed or unarmed and in all conditions and terrains, including:

Last but not least, this book also includes a complete section on hand-to-hand combat so that you can use your bayonet or kill with your bare hands. With hundreds of photographs and illustrations demonstrating priceless tips and techniques, if it's not in The Ultimate Guide to U.S. Army Combat Skills, Tactics, and Techniques, your Army of One don't need it! 700 black-and-white illustrations.